A few weeks ago 20th Century Fox released a second trailer for it’s new teeny bopper, summer wanna be Hunger Games sequel. Maze Runner: The Scorch Trials. However this does classify as nerdy material. So I feel the necessity to address it.

Maze Runner actually did pretty well in the box office, and many of my high school students quoted it as their “favorite movie ever!” It’s no surprise why.  It’s targeted at youthful teenagers who don’t know good cinematic gold. Perhaps it’s that I’m getting old and crotchety, but the movie was absolute garbage. Mostly because it failed to address some very important and clarifying parts from the book– namely Teresa and Thomas being able to communicate telepathically.  Seriously, this is an extremely important plot point.  Like picture a Spider-Man movie where he can’t climb walls. It also had multiple plot holes and poor story telling technique.  Here’s a great video if you’d like an in-depth dissection of it’s flaws.

Let’s be honest for a moment though, it can’t be held to a crazy high standard. I mean James Dashner, the author of the YA series, is no Hemingway.  In all honestly, he’s a pretty crumby writer, but the story is actually very interesting and captivating.  He has a good way with characters and drags you into it nonetheless…so maybe he is a good writer?? Regardless, this series is far from being a classic, so it’s hard to rip into too much.

With the new addition to the film series coming out this September, I have been very interested how the filmmakers are going to adapt the text.  So let’s look into what they’ve shown us so far. Spoiler alert, it doesn’t look good. Have a look for yourself first though:

Well there isn’t much, but there are a few things that I found somewhat exciting.

Overall, Maze Runner: The Scorch Trials looks substandard.  I have very low expectations for this film, and don’t worry, I’ll be reviewing it here for sure.  Keep your eye out for it! But until then, What do you think? Am I off my rocker, do you agree with my student that The Maze Runner is the best movie ever and see the second having success? Let me know in the comments. 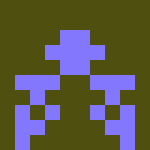 One comment on “Scorch Trials – Worse Than Maze Runner?”