John Williams has scored some of the most iconic movies in cinematic history. He is beyond talented and extremely brilliant. Now we all know a movie isn’t complete without an awesome sounding score to accompany it. Imagine Jaws, Harry Potter, Superman, or Indiana Jones without those beautiful and much needed pieces of music. The same can be said for any of the seven Star Wars films. John Williams has scored and created many themes for many different movies over his carrier. But none are more popular than the music from the Star Wars films. Any fan of these movies will have their own Top 10 list for themes. It was very hard to pick only ten. But without further ado:

10. “Across the Stars” (Love theme from Attack of the Clones and Revenge of the Sith)

Let’s kick things off with a little forbidden romance shall we? This is the theme we hear whenever Padme and Anakin are seen on screen and as they share their first kiss with each other. I think it’s a beautiful theme full of passion and joy. It is one of two love themes that John Williams has created for the Star Wars films and here is hoping he creates a few more with Episodes VIII and IX on the way.

This theme is played out in Revenge of the Sith when the order is given to all the clone commanders and their troops to execute the Jedi across the galaxy. It’s a particular moving piece because it is one of the saddest moments in the prequel trilogy and unlike anything we have seen before in a Star Wars film. Seeing countless Jedi gunned down or shot out of the skies was heartbreaking to see, not to mention the slaughtering of the younglings by Anakin.

One of the more thrilling themes from Episode IV is right after the death of Obi-Wan when Luke, Leia, Han, and the rest of the crew jump in the Falcon to escape the Death Star hanger to then only be pursued by a squad of Tie Fighters. The suspense leading up to the Tie Fighters approaching, to Luke and Han taking to the laser cannons on the Falcon to blast them away is like one big adrenaline rush. A small and quick scene compared to most on this list, but it sure packs a punch.

I picked Part 1 from the rest of the pieces from this battle is because of this heart pounding opening. It’s goes from suspenseful and quiet to loud and dramatic when the Rebel fleet realizes the shield to the Death Star is still operational. Chaos ensues as Lando leads the attack in space, Han and Leia along with the droids and help from the Ewoks lead the ground battles, and Luke is forced to watch the Rebel fleet get pulverized in space as Vader and his Master look on. And of course as always…IT’S A TRAP!

Of course we can’t have a Top 10 list like this without having the “Cantina Band” theme in here somewhere! This is just a really fun theme to hear and grove along with. It is a departure from the heavy brass and strings we normally are used to in Star Wars films and John Williams gives a nice light feeling to this space opera.

This theme still gives me chills to this day. I remember being in the theater and when the doors opened to reveal Darth Maul standing there and then the choir kicked in was haunting. This piece had been something we haven’t heard before in the previous trilogy of films. With three new films for a new generation of fans, John Williams had to revamp the scores a bit for these. Nothing was ever this fast paced with choirs and brass combined in the original trilogy. A very intense track from the prequel trilogy and the best piece of music from Episode I by far.

A love theme for the ages. This was the very first love theme we got out of the Star Wars movies and boy did John Williams deliver. This is a soft and beautiful piece used to show the affections between Princess Leia and Han Solo. First heard in The Empire Strikes Back and continued on through Return of the Jedi and finally heard again in The Force Awakens, the fans always know when this plays on the screen we will get some kind of interaction between the couple, whether it’s them fighting or saying “I love you” is a different story.

The number three spot is taken by my favorite theme from The Force Awakens and that is of course “Rey’s Theme”. I think it is one of the best character themes in the saga. John Williams really gives you a sense of adventure, hope, strength, wonder, and curiosity all mixed into one theme and that perfectly describes Rey in the film. It has been compared to Luke’s theme or the “Force” theme from the rest of the films as well which is something I can totally see.

Speaking of Luke and the Force, here is my number two pick. This theme can be found in every single Star Wars film and TV show to date. It is universally known to the fans as the theme that surrounds almost anything to do with the use of the Force or the good guys in general. It is a great theme and is a very emotional and powerful theme at that. It’s known that the Force binds living things together. And the Force is strong with this theme.

Anyone surprised by this number one pick? Well you shouldn’t be. It is of course the opening to the Star Wars films. This is arguably one of if not the most iconic opening themes in movie history. Even if you aren’t a fan of Star Wars, once you hear this theme you know where it’s from. I always get excited to hear this theme and when you first heard it in the theater again during Episode VII the whole place cheered. This to me is Star Wars, this is one of John Williams’ finest pieces of music he has ever written and will go down in history as such. 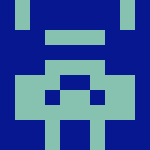