I feel a little stuck while starting this, as it’s been years since I’ve written any sort of review or book report. But with the addition of the Spellbound podcast to my life, I feel compelled to discuss all of the fantasy that I absorb. Therefore: a book of the month is born! For January, I’ve selected Ash Princess by Laura Sebastian.

I almost read fantasy exclusively, from the beautiful and familiar, to the irreverent and whimsical, to the brash and violent worlds it can produce. I can’t imagine I will be hard-up for content, but as my life is absolutely jam packed, I will do my best to bring you consistent book recommendations.

Before I dive deep into the review, I will always let you know if the book was read or listened to and the benefits or drawbacks of both. I promise that, even if the book isn’t for you, the books I recommend will always be good. Fantasy can often be formulaic junk that is slapped with a catchy title and mass produced in hopes of big blockbuster dreams. I do my best to weed through those and will not recommend them. And unlike the Spellbound podcast (listen every Friday), I won’t be diving into spoilers because I would rather you read the books too! 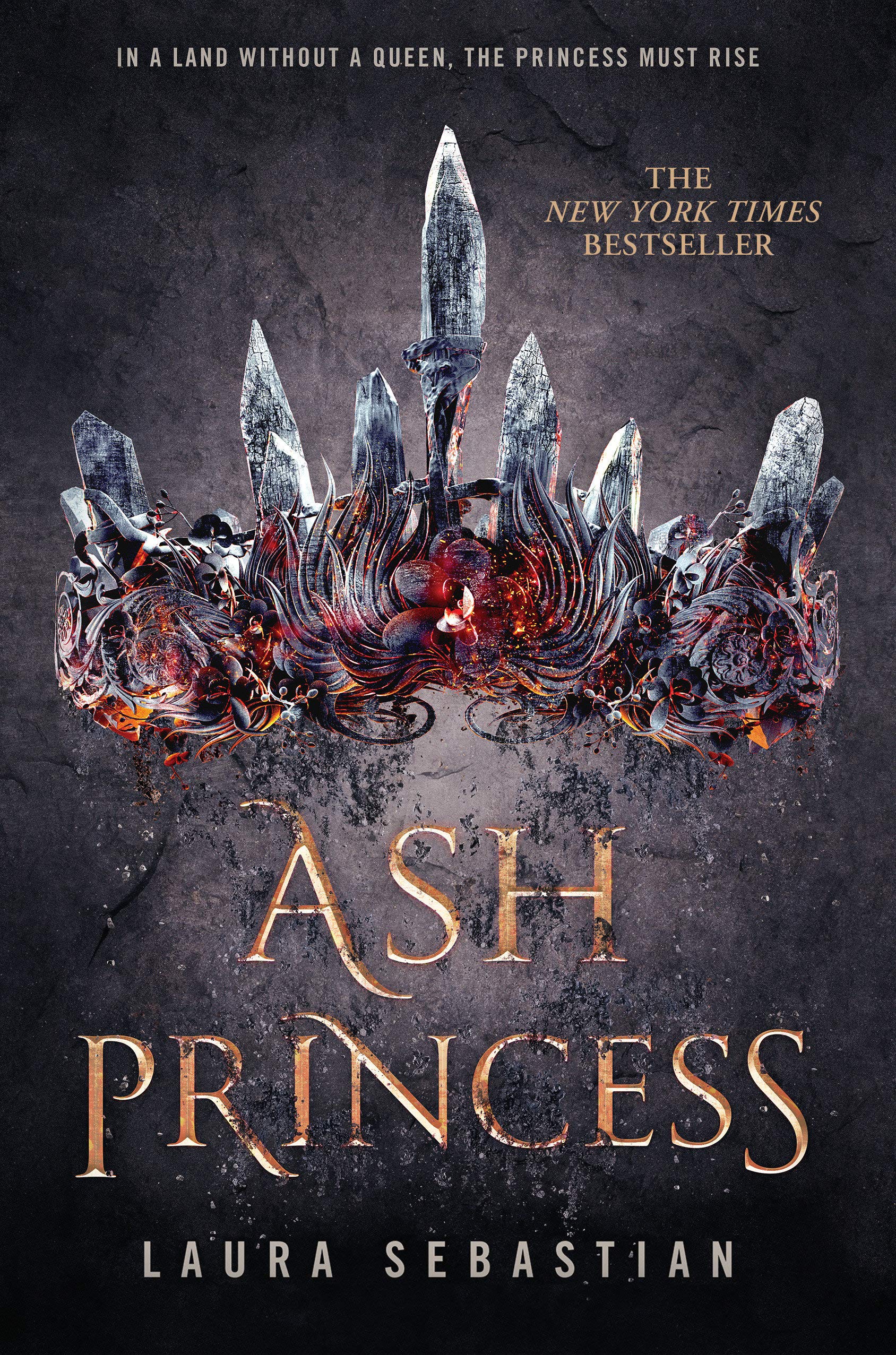 Theodosia was six when her country was invaded and her mother, the Queen of Flame and Fury, was murdered before her eyes. Ten years later, Theo has learned to survive under the relentless abuse of the Kaiser and his court as the ridiculed Ash Princess.

When the Kaiser forces her to execute her last hope of rescue, Theo can’t ignore her feelings and memories any longer. She vows revenge, throwing herself into a plot to seduce and murder the Kaiser’s warrior son with the help of a group of magically gifted and volatile rebels. But Theo doesn’t expect to develop feelings for the Prinz.

Forced to make impossible choices and unable to trust even those who are on her side, Theo will have to decide how far she’s willing to go to save her people and how much of herself she’s willing to sacrifice to become Queen.

Response to the blurb:

Personally, I think this summary leaves the reader feeling a bit underwhelmed. It sounds too stereotypical, too cookie cutter, which is absolutely unfair to this novel. While the blurb is technically accurate, these pages have so much more to them.

Don’t be surprised that a YA novel isn’t perfect. It suffers from the tragic heroine in love triangle trope (more on that later). Listening to the audio book means I didn’t actually see the words on the page and just reading the word “Prinz” now annoys me. His title is always pronounced “prince” by the narrator and I never would have thought otherwise. This also presents an issue when trying to understand the fantasy languages.

The novel gets off to a heartless start and it is imperative that you push through. This isn’t ideal. You’re not invested and it comes off callous of the main character, Theodosia/Thora. However, the drama pays off, and the traumatic actions she is forced to take in the first few chapters lingers with her and you for the entirety of the book.

I do take some issues with the way that magic is presented in the book. Some of the people possess abilities to control/use the elements and they are enhanced with spirit gems found in mines. While this itself could be the premise of a book, it’s not focused on as much as you’d think. Maybe that’s because it’s not a spirit gem book, but a Theodosia book. Maybe it’ll be explored more in the two sequels. It’s just an interesting component of the world that’s too brief for me.

Lastly, the name and the cover image is completely off-putting to me as a reader. I get that these kinds of titles and designs are almost required for modern fantasy but I truly miss the days of fantasy novels looking like ancient tomes that you’ve been questing for years to find. In fact, the title was so distracting that it took me almost a year to download it. I’d listen to a book, and it would pop up in my recommended titles, then I would ignore it and start another book. It was recommended so many times, that I finally gave in (art has the tendency to wear me down more than people do). If this is also an issue for you, it does not remain one for long.

Theodosia is the type of believable heroine that I love. Her choices are well thought out, even when they are reckless, which is almost impossible to do. Her faults are understandable and connect with the audience. At times, she is too kind or too trusting to the dangerous characters that surround her, but when you realize that a lot of it is done out of self-preservation, it is easy to forgive her. The author doesn’t take it easy on her, either. The character goes through multiple ordeals that should change a person to their core, and while no one moment is pivotal to her change from survival to rebel, all of them slowly change her over time.

I promised I’d mention the love triangle and I will: this is easily the best love triangle I’ve ever seen set up in a YA novel. It’s not the typical trope where the men are constantly vying for her affection. She doesn’t kiss anyone when she should be fighting. She doesn’t sacrifice herself at any point for a man. Her first suitor, the Prinz, is an odd choice for a lover considering his own background, but he becomes the obvious one when she plans to seduce him for leverage. The other man is a childhood friend who has been a slave worker for many years and has recently escaped. Neither ends the novel in a particularly stand-out position. Neither relationship is ideal. The best part of all of this is Theodosia recognizes that.

Continuing on this theme, the rest of the characters are just as wonderful as Theodosia. You feel the multi-faceted traits that are found in real people. The vapid friend is also calculating and capable. The cruel general is also merciful. The mass of rebels vary from the angry, to the dense, to the scared, to the passionate, to the resilient. No one is simply one archetype.

The story has some unexpected twists that only enhance the story. There’s one at the end that made my heart jump a bit! They add some thrilling components instead of hurting the plot with unnecessary subversion.

Ultimately the book did its job. I was entertained, and now I am invested in the continuing saga. Part of me hopes that the author will expand this world, discuss other countries that have been affected by the conquering, or come up with more thrilling heroes to follow.

Be sure to check out Spellbound podcast every week for in-depth looks into fantasy television!