Hurray! Star Trek is returning to TV! Excited doesn’t even capture me right now. All I can say is that I am beyond words that CBS finally decided to bring Star Trek back to TV. And with that, here are some words.

There is honestly just so much that I want to know, what didn’t seem to be revealed in the announcement itself. Who are the characters? What time period is this set in? Will there be Vulcans? Andorians? Romulans? Borg? But unfortunately, all of this is left to my imagination.

But let’s start with what we know. Perhaps the biggest piece of information is that Alex Kurtzman, co-writer of the J.J. Abrams Star Trek films as well as co-creator for shows like Fringe and Sleepy Hollow, is listed as executive producer. While not terribly informative, we can assume that this means the new Star Trek series will be set in the alternate timeline colloquially known as the “JJ-Verse.” Let it be known that I am a full-on fan of most everything J.J. Abrams has ever done including his Star Trek films so I have zero problems with it should this be the case. Setting this new series in a Star Trek universe that is both familiar and yet unknown presents many different paths it could go.

My personal biggest hope is that they address the elephant in the room and deal with the destruction of Vulcan. When Nero created a singularity at the center of Vulcan, destroying one of the Federation’s founding cultures, as well as Spock’s mother, one would hope that it would be addressed. While admittedly Star Trek Into Darkness had its story dealing with different matters, I always hoped that the destruction of Vulcan would impact the Alpha Quadrant in some heavy ways. Most notably, how will the Romulans take it? Several episodes of Star Trek: The Original Series show Romulans as being conniving but also a respectable and proud people who hold their Vulcan cousins in decently high regard. Will the Romulans give the Vulcans humanitarian, or in this case vulcanitarian, aid? Or will the Romulans take advantage of this weakness and invade? Who knows.

My only other major hope, and I know I’m about to get a lot of flack for this, is that they don’t set the show on an exploration ship. Yes, I know Star Trek, with the notable exception of Deep Space Nine, has always been set on an exploration ship and that’s precisely my point. That concept is tired.  We’ve had 21 seasons of 4 incarnations of Star Trek all set on an exploration ship and I think its time to move on. Sure, exploration can still be a theme but having one ship with one captain, one XO, one engineer, one tactical officer, one helmsman, one navigator, and one science officer is just something Star Trek needs to get away from for a while. We don’t need a show that’s essentially another rehash of The Original Series or Next Generation… again. The bulk of Voyager and the first two seasons of Enterprise proved that. I know people are going to say that Star Trek‘s exploratory theme is where its roots lie but I would argue this. Yes, Star Trek is about exploration but not the universe, they were exploring the human condition. What you see in The Original Series is exploration of the universe used as a metaphor for exploring what makes humanity so human and I believe there are ways to do this without resorting to the same concept used by Star Trek for 21 seasons. Star Trek writers are some of the most creative bunch out there and I believe them perfectly capable of bringing us something so clearly innately Star Trek but not a tired unimaginative redo of the same thing we’ve known for 50 years. Star Trek is better than that.

One possible concern I know several people have is its distribution model. This new Star Trek show has been announced as only being available on CBS All Access or as I call it, CBS Not Netflix. While yes, I understand your frustration for them not releasing the series on cable like normal but let’s be real here. Bringing Star Trek back to TV is an enormous gamble for CBS and I’m sure they want some reassurance that it will be a successful venture before they sink so much money into actually doing that for a cable audience. This new series is their beta tester and should it do well, I have no doubts that Star Trek will return to cable for everyone to enjoy. So let’s make that happen.

Finally, I want to address something disturbing I’ve noticed just today since the announcement was released and that is the absolute mind-boggling hate and general nastiness that so many people have posted in regards to the new announcement, mainly because of how Alex Kurtzman is attached to it and Kurtzman worked for Abrams. I’ve seen so many post hateful and negative remarks about how Star Trek is dead and they won’t watch it with Kurtzman at the helm. Star Trek finally returns to TV and this is the reception they get? Star Trek‘s return to TV heralded by negativity and disdain? It’s simply sad to see that what the fans claim to have wanted for so long suddenly turn against it because one of Abrams’ writers is at the helm. Regardless of how TV network politics and money matters happen, it’s the fans that kept Star Trek alive for this long and it’s also the fans that can kill it. To everyone, I urge you to not be pre-maturely judgmental. Be open, be positive, be accepting, and be the fans that kept this franchise alive for 50 years with 30 seasons and 12 movies. We all want more so let’s be open to more even if it’s different. 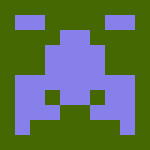 Avid science fiction fan with a penchant for stories that explore the human condition.

5 comments on Thoughts on the Star Trek TV Series Announcement