It has been years since I have purchased a PC game,  eight years I think, probably six since I bought a console game. They just aren’t the sort of thing that I spend my money on. Don’t get me wrong, I have been gifted games, and I love them. But it really takes something to get me to break open my wallet.

Today’s topic though is something really special. It goes beyond the simple concept of a game. It has risen above that to an area seldom seen in this area of entertainment; it is educational. It is probably for this simple fact that I, without question, cracked open my normally sealed (and empty!) wallet to fund its Kickstarter campaign. A campaign that thus far has been wildly successful.

I am speaking about the new open world concept game, Saurian. To quote the description from its site:

Saurian is a video game focused on providing the most captivating prehistoric experience ever developed for commercial gaming: living like a true dinosaur in a dynamic open world through intense, survival based gameplay. Players will have the opportunity to take control of several different species of dinosaur in their natural environment. You will attempt to survive from hatchling to adult, managing physical needs, while avoiding predators and environmental hazards in a dynamic landscape reflecting cutting-edge knowledge of the Hell Creek ecosystem 66 million years ago.

So, I have no problem saying that this game is right up my alley. I love games that require a long play, some customization, an open world concept….and dinosaurs….I flippn’ love me some dinosaurs. But dinosaurs games themselves have been a fantastic disappoint for me up until now. It  seems that every dinosaur game is either based off the Jurassic Park franchise or decides to go down the frequently traveled dinosaur hunting route. Saurian is different though – the team behind it have done their homework and it shows in every aspect of the game.

Mr. Tom Parker who is the lead for Saurian’s research accepted my invitation to be interviewed in a Grid Daily exclusive so we can learn a little more about the game before its projected January 2017 release. Tom was quick to point out that with the stretch goals being met left and right the game is ever expanding, but he graciously answered the following questions.

How did the idea of Saurian first come about? We know why it is being made, but what were the circumstances that changed it from being an idea to an action?
Nick (project lead) came up with the concept originally and when he found no trace of such a game existed on the internet he started contemplating doing it himself. Then while acting as a forum mod and QA tester for a game called Primal Carnage, he first came in contact with me (Tom, researcher), Jake (3D artist) and Erin (tech artist). We collectively began to explore more substantial development, and as we did, we shared our idea in any place that we found like-minded people. Once Bryan (animator) joined the team, we knew we could attract programmers, and serious development started.

How did the team meet? You all seem to be well spaced from each other.
As I mentioned earlier, Nick, Jake, Erin and I all met on the online forums for another video game, Primal Carnage, which is also where the concept for this game was originally conceived. The rest of the team pretty much all found us, seeing our work online and then contacting us about potentially joining the team. The rest is history.

The cast of playable dinosaurs from the game. Iconic species such as tyrannosaurus and triceratops, as well as lesser known species pachycephalosaurus and dakotaraptor

You have chosen some pretty famous dinosaurs as player characters, were there ever suggestions among team members to go for lesser known species?
I wouldn’t say Dakotaraptor is particularly high profile outside of the palaeo community, though we are doing our best to remedy that. Before it was announced, we were considering Acheroraptor, which is probably even less well known. Outside of that, no. Tyrannosaurus and Triceratops were always instant shoe-ins and Hell Creek was partially chosen for these two taxa.

I am curious as to how he players in your game will find prey/avoid predators etc. Is there a HUD that we have not seen yet, or are senses such as smell and better sight being shown in ways that you haven’t shown yet?
While we have not settled on exactly what the HUD will look like yet, the team is unanimous in agreement that whatever it may be, it will be very minimalist. We’ve thrown around a few neat ideas. As for smell and sight, these will be shown in ways that have not yet been revealed. We have already begun work on the scent system.

What has been the hardest part of creating Saurian, or to rephrase – the biggest chore?
I wouldn’t call any part of development a chore. I have spent a ridiculous amount of time researching seemingly dull topics such as fossil plants and fish, but it is still fun to learn about these things to me. The biggest hurdle so far has been a lack of resources and the inability to acquire the necessary amount of time from our developers to work on the game, but it looks like our Kickstarter is set to change that.

Could you let us know what in game aspect, as a group, you are most proud of accomplishing? ex: hard thing to program, the way a dinosaur moves etc.
I’m not sure about one single aspect. We’re all really happy with how the whole game is shaping up. The whole thing has really started coming together over the last few months, as you can see in our Kickstarter video. I personally am just really happy to see all the hard work we’ve put in start paying off.

Have you ever been tempted to sneak anything non-scientific into the game? What would this have been? For example, the KT event (That is the asteroid impact that triggered the extinction of non avian dinosaurs) goal which the Kickstarter is likely to unlock. Aliens vs dinosaurs etc.?
No, absolutely not. We have been tempted to sneak developer names into the scale patters of the animal models though.

With the success of your Kickstarter campaign, do you foresee sequels to Saurian? Obviously there are a number ofancient ecosystems that are fascinating – what would you dream as being the next stop off?
We are wholeheartedly focused on doing Hell Creek right now. However, if we reach our 300k stretch goal we will be adding the Two Medicine formation, an earlier Cretaceous locality. The reason we picked this one is because it is not different enough to require a complete overhaul of the game, all the major archetypes (tyrannosaurid, ceratopsid, hadrosaurid, etc.) from Hell Creek are there but it offers a different environmental setting. The Two Medicine is an upland environment, closely associated with high volcanic activity and frequent droughts, which should give a very different experience should we hit that stretch goal.

And for those of our readers who have not before heard of Saurian, there is another team member who I very much wished to speak to as he is the team member with the most unique viewpoint, as the only dinosaur in the group. The emu Gerry.

To the dinosaur in the group. Are there any plans long term for dinosaurs to retake the planet?
Gerry:  *stares* Chirp.

Now, if I have you interested, Saurian’s Kickstarter campaign is still currently going on, with about two weeks left! It would be a very worthwhile investment to donate to Saurian. The pledge rewards are all fantastic, and I would personally really love to see the game make it to consoles which is one of the stretch goals listed.

So there you are, a fantastic independent game on the horizon, and it looks for all the world like it will be a huge success. Will you be in line to play Saurian when it comes out? Have you already donated to the Kickstarter? Sound off in the comments below and let us know what you are most excited about regarding this game! 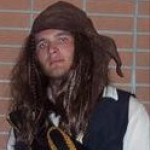