We’ve been hearing a lot of Disney news over the past couple of days due to D23, an expo put on by the official Disney fan club. But with Disney news, we now get Star Wars news! There are three major things happening with the Star Wars universe…

The theme parks are finally coming! In both Anaheim, CA and Orlando, FL, Disney will be opening up lands and rides that will finally feature Star Wars. We don’t know too many details right now, but we have concept art and can rest assured that they will properly make the world of Star Wars come to life. Find out more here.

Although not coming out until 2019, Episode IX now has a director. Colin Trevorrow, best known for his work with Jurassic World, will be directing the final movie of the new Star Wars trilogy. We already knew Rian Johnson (Brick, Looper) would be helming Episode VIII. More information on Trevorrow’s new gig here.

Lastly, Rogue One is well into production and now has a cast. This cast includes Felicity Jones (The Theory of Everything), Diego Luna, Ben Mendelsohn, Donnie Yen (Ip Man), Jiang Wen, Forest Whitaker (The Last King of Scotland), Mads Mikkelson (Casino Royale), Alan Tudyk (Firefly; I, Robot), and Riz Ahmed. We’ll be seeing this one hit theaters in 2016.

The cast of Star Wars: Rogue One. 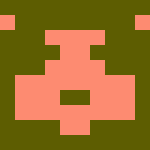