Citadels the Card Game, a Recommendation

Citadels the Card Game, a Recommendation

Citadels is an excellent casual card game that is best described as something like Texas Hold’em done with a DnD theme. Coming out back in 2000 from France and winning many game awards the game is recommended for ages 10 and up. Anywhere from two to eight players can play and it actually plays quite well with just two players if need be. Set up can be done in under 5 minutes and play times range from 50 minutes to longer spans of about 1 hour and 20 minutes if the game has to be explained as it goes. Like a lot of other German style or Euro board games, Citadels downplays luck in favor of strategy and tends to be more indirect in its character interaction. And unlike a game like Monopoly where players are eliminated, Citadels keeps all players actively involved up until the very end.

The game comes with instructions, coins, a card deck and king token (used to keep track of who goes first). The deck consists character cards and various districts that are superbly rendered. The districts cards are of certain domains and each round of the consists of taking these district cards into your hand or instead taking coins. District cards are built by spending the coins. The types of districts are; Royal (Yellow), Business (Green), Religious (Blue), and Military (Red). These have the cost in gold coins in the upper left to build and once a set number of districts are built the game is over and the cost in the upper left is tallied and the winner is determined.

There are also some special districts colored purple that imbue the owner some special abilities that give the owner a slight advantage. The more expensive the purple card is, the stronger the perk. A purple card could allow you to get more coins or make it harder for you opponents harm you for example. The purple cards change things up and make the game hard to predict as you never know just what people will put down and play midway through. The person to be the first to build a set number of districts and crosses the finish line first gets a score bonus. Also if the person has one color of every districts , including a special purple one, another bonus is given. Scores are easily tallied and the winner is determined. Generally, the first one to finish wins, but not always. Something to consider when you build your last district is whether or not your final score will be greater than that of others.

But the main grab of the game is the unique persona a person chooses every round. 9 different characters are in play at anyone time and they go in numerical order of play, from low to high. The number on the face of the card, in the upper left. Players secretly pick the character they’ll be using that round and no one is ever a hundred percent sure who will be who then the round starts. The characters are linked to the colors of the domains found in the upper right of the card near the number. And if, for example, you are the Merchant who is green then you will get an extra gold coin during your turn for every green property that you have built, a sneaky way to collect extra money that will in turn help you build the more expensive districts.

These characters also grant certain abilities to the player. The the Warlord, who is red, can destroy other players districts for a

price. The Bishop(Blue) has special protection from the Warlord and the Wizard can swap the card in his hand with his own, even if he has no cards at all. The Assassin goes first and can chose any character to kill, the player is basically skipped that round, devastating. But you have to target the character not the player. So if you want to kill your friend beside you before he wins you’ll need to guess what character he will be, announcing it after everyone has picked their class but before the round has begun. The Thief functions like the Assassin and as you may have guessed, he steals a person’s coins. Most games of Citadel are about hiding from the Assassin and the Thief but its harder than you might think.

This is what makes the game so good. Never knowing what character people are going to be playing that round. You can look at what districts they have and guess what character they’ll pick. Say if that person has no coins and some blue religious districts he may take the Bishop, he may be a good target for an assassin. On the other hand, a player may have some red districts and have an ax to grind so they may take the Warlord, they may be a good target for a clever Thief who realizes this. In many ways its like Texas Hold’em, you know what everyone has on the table and using this you kinda have to guess their game plan. Are they bluffing or will they go straight for the plain and obvious.

Some general advice for the game is pretty simple, it’s all about turning coin into districts , all else is an means to an end. Some characters have to guess what persona you are that round but others are able to target a person’s hand or what that person has built. because of this its real easy for player who has been knocked out of contention to still affect the game’s outcome by sabotaging the leaders. This won’t make for a come back possible, it just lets a person who has been burned get some revenge. As a consequence of the easy revenge its often best to maintain a low profile until you pull into the lead, and when you do make it quick and try not to hold a grudge yourself, let others do you dirty work.

This is a fun little game that just about anyone can pick up and play. After a couple rounds people get the hang of it and after the first game they’ll have it down. The social interaction and simple game mechanics ensure even the most casual board game player can not only pick this up quickly but have fun with it. The game can be found on amazon and some game stores, and from time to time Citadels can be spotted in Barnes and Noble. But I’d recommend you buy some card sleeves as the character cards do not wear evenly and become easily identifiable, ruining the mystery of who is playing who. This is an excellent, quick to pick up, card game that is great addition to your board game night or to be used to liven up party with friends. 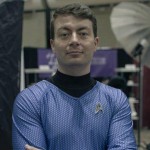