Hey, everyone! It’s Jon of the Gamer Heroes podcast! I just got back from an incredible weekend at San Diego Comic Con. One thing I wanted to share with you was my experience playing the brand new Resident Evil 2 remastered demo at the convention! I recorded a little clip with my initial thoughts and will probably talk more about it on next week’s episode of Gamer Heroes, so don’t miss that!

First up, I want to share my thoughts on the demo but make sure to check out below for some photos from the set they put together. They basically built a little Raccoon City at SDCC, pretty crazy.

Next up are the photos I talked about. I hope you enjoy them!

If you like the suit, please check out BusterProps.com for more of my work!

Alright, we’ll talk more about Resident Evil 2 on Gamer Heroes next week! See you then.

Yoga Hosers – A Spectacle of Fun

Kevin Smith’s latest movie, Yoga Hosers, hits theaters tonight! His new movie stars his daughter, Harley Quinn Smith, as well as Johnny Depp’s daughter, Lily-Rose Depp. The movie is part of the True North Trilogy which began with Tusk and now continues with Yoga Hosers. While this review is basically spoiler-free, there’s a fee notes about general plot as well as a couple of cameos you might not have expected. But I promise we don’t give away the Canadian farm.

I was recently given the opportunity to attend a pre-screening of Yoga Hosiers as part of a Q & A session with Kevin Smith and his daughter, Harley Quinn Smith. During this session Smith discussed why he decided to create such a bizarre movie and how he plans to tie it into his “True North Trilogy”. He explained that he simply was excited to make a movie that was “fun and starred his daughter”. Whether this movie is critically perceived as a masterpiece or not, simply put “he didn’t care”. Although some would be quick to label him, I found his attitude to be inspiring. People are very critical and often depend too much on the general population’s opinion, NOT their own. So here’s my opinion on Yoga Hosers, and how it was so bad, it became good.

This film takes place directly after the events of “Tusk” (the first installment in the “True North Trilogy”) and pretty much stars the same cast reprising their roles for this film, turning a pair of one-scene characters into its main protagonists. Colleen McKenzie (Harley Quinn Smith) and Colleen Collette (Lily-Rose Depp) pass their time obsessing over pop cultural and yoga. While the Colleens struggle with standard teenage normalcies like crushes and bad minimum-wage jobs, a secret Sausage-Nazi invasion is happening right beneath their noses, or feet.

This film comes jam-packed with endless cheesiness, sarcastic references, and Canadian slams which is all a part of the Kevin Smith charm. It’s very reminiscent of a younger Clerks that somehow tangled with Gremlins.

The effects are what you would expect from a B-Grade movie. Character introductions are handled with 8-bit Technicolor cutaways, comic-style fight scenes, and a black/white flashback to provide some context regarding the ridiculous Sausage-Nazi villains. All stylistic approaches Kevin Smith added to throw this semi-horror and semi-action movie over the top on its imagery.

In my opinion, the best parts of this film are the cameos. Johnny Depp nails it, with his peculiar role of Guy LaPointe. Justin Long couldn’t have been any funnier as an “out of his mind” Yoga instructor. It was quite refreshing to see both Harley Quinn Smith and Lily-Rose Depp have a natural chemistry that extends beyond the big screen.

By no means is this a good movie, but it has something few movies have, FUN. Of course, hearing Kevin Smith’s explanation of this movie helps for understanding this bizarre spectacle, but I personally enjoyed it. I didn’t take it seriously and I didn’t have any expectations. Yoga Hosers was a fun transition from its seemingly disturbing predecessor, Tusk. I am looking forward to seeing Jay and Silent Bob in the final installment of the True North Trilogy:  Moose Jaws.

Yoga Hosers – A Spectacle of Fun

The first trailer for Resident Evil 7 dropped on 06/13/2016, showing a ton of new dynamics that only touch the tip of the iceberg of what we can expect from the franchise’s newest installment. Sony in partner with Capcom sweetened the deal by offering PSN members an exclusive playable trailer, much like what Konami did with failed project Silent Hills.

First impression – This trailer is terrifying, and the playable portions are incredibly good, however you can’t help asking yourself “why is this called Resident Evil, again?”. This game is not what Resident Evil fans would expect from the seventh installment of the franchise.

Here’s why:
1. It’s not third-person – since the very first Resident Evil game was released in 1996 the franchise has always been third-person.
2. There is no direct references to Resident Evil known characters or story lines (there was a picture of a helicopter that had an Umbrella symbol, and its speculated that the woman’s voice is Ada).
3. Resident Evil 6 was left open – At the very end of Jake’s campaign there are heavy implications that his story will continue.
4. Resident Evil has always been about Bio Terrorism – this playable trailer appeared to be an isolated supernatural occurrence (ghostly girl who randomly appears and disappears, creepy mannequins, isolated story on a family murder in Louisiana).

With all that aside, the actual game itself is intriguing offering everything a fan of the horror genre can ask for; including scary set pieces, various puzzles with hidden doors, and the overall tone set by the first person view. Resident Evil 7 is coming to PlayStation VR this year and will be fully playable inside the VR headset from beginning to end. I spent a good 2 hours exploring the many secrets to be unlocked, including alternative endings that are strictly based on the order in which you find items. As previously stated, there’s likely many more secrets left to be discovered, much like the Silent Hills playable teaser which took days, weeks, or even months for players to solve all the puzzles. 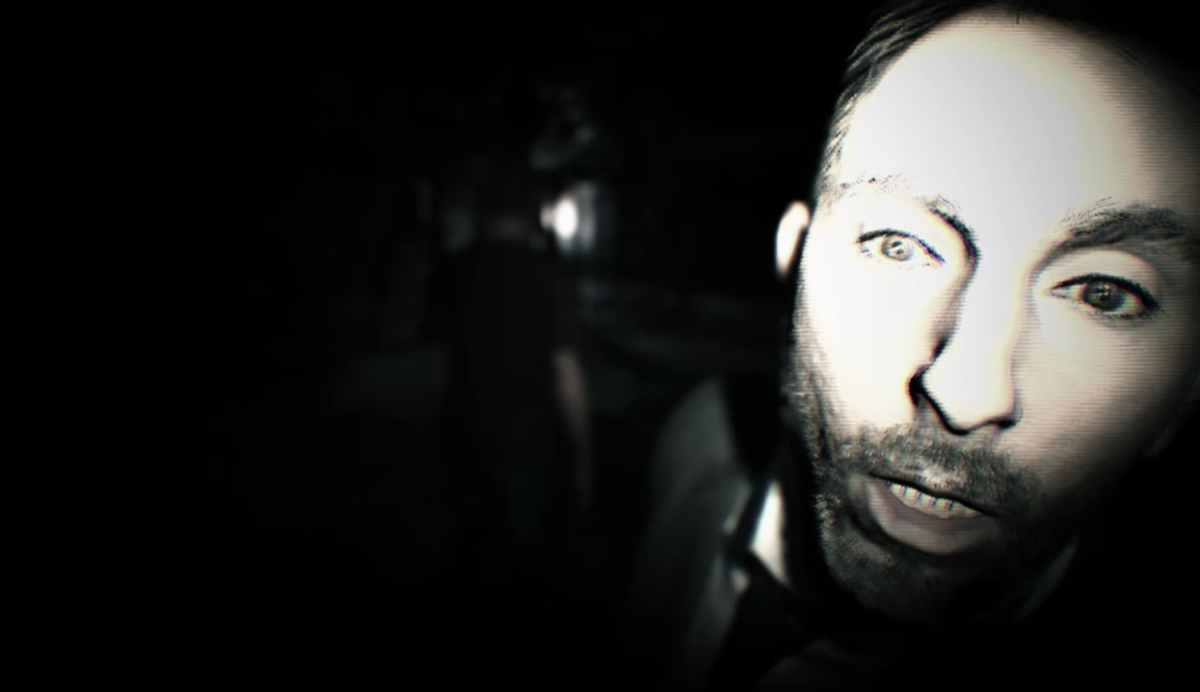 As a long time Resident Evil fan, you can trust me when I say this wasn’t Resident Evil. I can’t help but think Capcom wants to cash in on all the attention that Silent Hills received. It was a great beginning to a standalone horror game that felt like what Silent Hills could have been. Needless to say, this was just a demo and there is a strong possibility that Capcom can still redeem themselves and surprise us all.

Take a look at the trailer from the official YouTube page here:

Hardcore Henry brings many thrills, some really great, and others not so much. If you are looking for a non-stop, over the top action movie Hardcore Henry will not disappoint. If you value compelling characters or a slightly believable plot, I wouldn’t recommend spending the $10 to see this movie. Wait for it to come out on Redbox.

While we can appreciate the artistic approach, Hardcore Henry is a fun one-time novelty. Call of Duty is a game, not a movie. Now down to some details but don’t worry, no spoilers. Jump the image below for The Good and The Bad.

Have you seen the first big screen first-person only film, Hardcore Henry? Let us know your thoughts in the comments below!

The timing for Krampus’ release couldn’t have been any better, as people prepare to see their favorite in-laws or grumpy aunt, or simply family they just don’t like. This film captures many concepts that are overlooked or forgotten during the holidays, the joys of caring and selflessness. Krampus serves as a reminder of why you shouldn’t be naughty.

If you are unfamiliar with this German based folklore, Krampus is a horned, anthropomorphic figure who punishes children during the Christmas season who have misbehaved, he is described as the “shadow of Saint Nicholas”.

The film begins by showing a disjointed family preparing for a long Christmas weekend, as they dread the arrival of their relatives.  During dinner one of the main characters, Max (Emjay Anthony), totally loses his Christmas spirit after his heartfelt letter to Santa is read aloud at the dinner table by his bullying cousin. In a fit of embarrassed rage, Max rips up his letter for Santa Claus, and accidentally summons Krampus.

The film spends a fair amount of time emphasizing the family’s distaste for one another; however, the movie progresses quickly, dropping subtle signs of of Krampus’ presence.

Krampus has a fun and  humorous tone from the beginning. It intentionally pokes fun at the horror genre clichés, by giving impossible rationalizations to explain why there is no power, or a dark spontaneous blizzard is looming over their neighborhood. Comedic actors like Adam Scott (Parks and Recreation) and David Koechner (Anchorman) are no strangers to such roles, and deliver enjoyable performances.

The movie really begins to build steam as the first victim is slayed, quickly transitioning from funny and a little creepy, to downright terrifying. This film takes advantage of both practical and computer generated effects. Some of the best practical effects are seen are in the attic with the large possessed toys, such as the human eating jack-in-the-box. In addition, the film’s depiction of Krampus was a pleasant surprise, as he was not your run-of-the-mill demon wearing a Santa coat, but instead a dark and twisted version of Saint Nicholas. On the other hand, the effects fell somewhat short when it came to the scenes including killer gingerbread men and their assault on the family.

There were more set pieces than expected, and the film spent just the right amount of time showing them off. The most beautiful scenes were the ones incorporating the characters navigating through the dark blizzard storm. They really contribute to the dark eerie feeling of hopelessness and isolation

The film yields many surprises; one of the biggest surprises is the animated montage depicting the grandmother’s encounter with Krampus as a poor child in Germany. This was a unique and artistic way to explain the origins of Krampus.

Nonetheless, I found the ending to be refreshingly dark because “sometimes you get what you wish for.” Krampus is the perfect blend of comedy and holiday horror, making for a truly fun holiday movie. It’s jam-packed with surprises, clichés, and relatable characters that bring this Christmas horror home.  Although, it has its sub-par cheesiness, and mild creepiness it brings all the right messages, inspiring viewers to not lose sight of what Christmas really is about… not ripping up your Dear Santa letters!

What did you think of the latest holiday horror film? Did you think it lived up to the hype? Comment below with your thoughts!